Started by Gold Star Mother Cathy Powers, the Running Fir Wreaths campaign was invited by the Navajo tribal government to include them on her running journey as she honors her son, Sr. Airman Bryce Kenneth Powers, and others buried in Arlington National Cemetery. 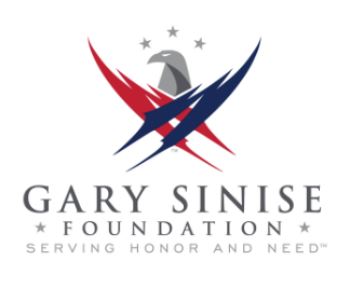 
At Wreaths Across America, it’s often said the veteran’s wreath is a catalyst for healing connections. As our nation prepared for Independence Day, those connections, along with decorations of red, white and blue, were on full display in Window Rock, Arizona in the heart of the Navajo Nation.
Started by Gold Star Mother Cathy Powers, the Running Fir Wreaths campaign was invited by the Navajo tribal government to include them on her running journey as she honors her son, Sr. Airman Bryce Kenneth Powers, and others buried in Arlington National Cemetery. “When our son died, there was a lot of poison in my heart,” Cathy shared with those gathered for the run and wreath-laying ceremony. “A lot of people turn to drugs or alcohol, but I turned to food. I ate and ate to make the pain go away. It worked a little bit, but the pain always came back. Two years ago, when I was at about 280 pounds, I realized our son had lost his life, and I was wasting my life.” Cathy explained she started to turn her life around shortly after becoming involved with Wreaths Across America. Cathy clarified her volunteer status. “They helped me find hope and healing after our son passed away. I’m not an employee I’m just a Mom. This year I set out to do something amazing as I share my hope and healing.” Amazing indeed! Cathy has well-surpassed half of her 1,000-mile goal as state after state is covered with an American flag on the map on her car. She’s raising wreath sponsorship for fallen heroes in Arlington and hopes to raise enough to cover 7,777 headstones; the exact amount of days Bryce lived. “My heart was probably a thousand pounds when I started running, but now I’ve dropped about a hundred and forty pounds. More important than the weight, my heart feels so much better. Now it’s nice, and light and I don’t have so much hurt every day.”
Cathy’s message resonated deeply with the President of the Navajo Nation, Jonathan Nez. In a candid and revealing video-selfie with Cathy on the Running Fir Wreaths FaceBook page, President Nez shared a personal story of how running transformed him into a healthier and happier person. He was better able to lead his nation toward a healthier way of living by example. The Wreaths Across America mission to remember, honor, and teach also spoke to the Navajo, many of whom are veterans themselves, or have lost a loved one serving.
Perhaps the most notable example of heroic military service among the Navajo was that of the Navajo Code Talkers. They played a large part in history helping U.S. and Allied forces win World War II in the Pacific theatre. With a twist of irony, the native tongue of the Navajo was the exact language the Japanese could not understand. It was used as an unbreakable code they never were able to decipher, leading to their defeat. It was the very language the Navajo children were forbidden to speak when they were forced into boarding schools.

Cathy’s run started at the Navajo Department of Transportation in New Mexico which will be the future site of a brand-new museum dedicated to the Code Talkers. It ended at the Code Talker’s Memorial next to the legislative offices of the Navajo Nation. Close by are the names of the fallen; warriors always remembered and held in high esteem. Once finished, she presented veterans’ wreaths to members of the administration and staff who placed them at the base of the Code Talkers memorial fence. “This reminds me of the sacrifice of those who have gone before us,” shared Johnathan Nez, President of the Navajo Nation. “I think for me, it’s always important to remember the families; their time and their work right alongside their veteran.”

Members of the Navajo Nation greeted Cathy with love and respect as she honored her son, and all veterans past and present. They placed an American flag on the Navajo Nation Seal on the map on Cathy’s car.
Since that visit, Cathy has checked off Colorado, Vermont, New Hampshire, and Maine as she remembers, honors and teaches. You can follow Cathy’s journey on her FB page. You can also hear Cathy’s live interview on the morning show with Michael W. Hale on Wreaths Across America Radio every Thursday at 8:45 AM eastern.