Gary Crocker has spent years spreading humor and goodwill and he joins Wreaths Across America to bring a laugh and smile to your Friday mornings. 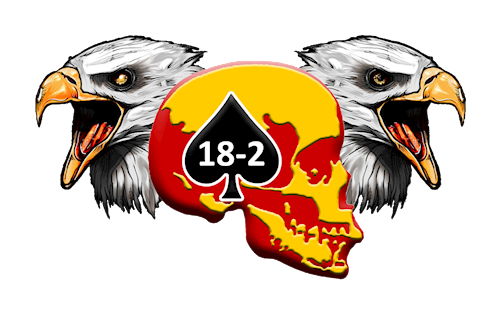 “I absolutely love the U.S. Navy,” Gary expressed during a recent interview. “Based on my father’s accounts of fighting in the Army in the Philippines during World War II, I didn’t think that would be as much fun as some people might suggest. So, I ran right down to the Navy recruiting office and asked the guy at the desk, ‘if I join the Navy today, can I avoid this draft notice? He said, yes, Sir’ so I put my right hand up and swore allegiance to the United States Navy and this country.”

Today, Gary Crocker is a decorated veteran and internationally known Maine Humorist and storyteller. He’s referring to the draft notice he received back in the late 1960s during the Vietnam War. As a “kid” from North Monmouth, Maine, fresh out of high school Gary signed up to serve. He was assigned to the U.S.S. Boston with over 800 other men and soon found himself sailing through the Panama Canal. After a short stint at Pearl Harbor, they continued to Vietnam.

“We provided about a year-and-a-half of fire support, day and night for the Army and Marines who were on the battlefield. We fired 40 to 50 thousand rounds of 8-inch ammunition, and an 8-inch shell does a lot of damage. We sailed up and down the Vietnam coast where ever we were needed and were very involved with the Tet Offensive.”

In speaking of the 2019 Theme for Wreaths Across America, “Everyone plays a part,” Gary shared a story that he says will be forever seared in his memory. It speaks to the teamwork, support, and comradery experienced by those in the uniformed armed services.

“We were on a period of R & R (rest and relaxation) during the war, and a bunch of us were sitting around a table, but we had no idea what branch of service the others were in,” Gary explained. “When it got around to us, they asked us what our duty station was, and we said we were from the U.S.S. Boston. I’ll never forget this for the rest of my life. Three or four guys on the other side of the table stood up and raised a glass to us and said, ‘thank you, boys! If you hadn’t been there, we wouldn’t be here! We were surrounded, nearly out of ammunition and we were putting notes in our boots hoping that somehow they’d get back to our families because we knew we were gonna die right there.”

Anyone associated with the military knows full well, there’s a robust sense of competition among the branches. All you need to do is attend an Army v. Navy football game at West Point to see that. However, when it comes to fulfilling the responsibility of protecting our country and one another, the United States military works as one. “There’s a lot of teasing, pushing and shoving going on, but I don’t care if it’s a bar fight or a war, we stand shoulder to shoulder, and we’re in it together,” Gary proudly stated.

Gary shared that while they may have been offshore, the dangers could be as intense at times as what others were experiencing on land. Once in June of 1968, the U.S.S. Boston was accidentally damaged by an errant U.S. missile.

“It didn’t explode, but the sheer force and weight from the missile impact ripped a hole in the ship above the waterline, and we were forced off the firing line and went back to Subic Bay for repairs.” At that time, they also had to replace the worn-out gun barrels on the ship.

Another harrowing incident Gary recalls had nothing to do with combat rather a fight against Mother Nature when the U.S.S. Boston was returning home and got swept up in a typhoon for three days. Generally speaking for Gary, sea-sickness was never a problem, but on the third day, he became seriously ill.

“Armored plated steel on deck was bent from the force of the waves striking the ship, and there was water seeping into almost every compartment of the former World War II vessel as the ship rolled back and forth. I could see the roll indicator on the ship hit the pin, and the deck was now the wall, and the bulkhead became the deck it was that far over. I honestly don’t believe we could have survived one more day without sinking.”

But survive they did, and Gary’s been a Wreaths Across America volunteer for several years now placing veterans’ wreaths in participating cemeteries in Maine.

“It’s a teachable moment to get younger people and non-veterans involved with what we’re doing. I encourage people to get involved and put a wreath down and say the name of that soldier, or airman or sailor buried there. I tell kids and others, they must never forget that the freedom to do the things and say the things we want to do and say every day, and take for granted, is possible because these people fought and died for that freedom.”

Thank you, Gary, for your past and continued service!