This holiday, I'd like to put a memorial wreath on as many veterans' graves as possible at the Dayton National Cemetery in honor of all veterans, especially my grandpa, Major Roger J. Flanik. Won't you please help me accomplish this? Just click the RED "Sponsor Wreaths" button below – and read my story about my late grandpa, Air Force veteran Roger "Bud" Flanik, to find out more about why I am doing this. 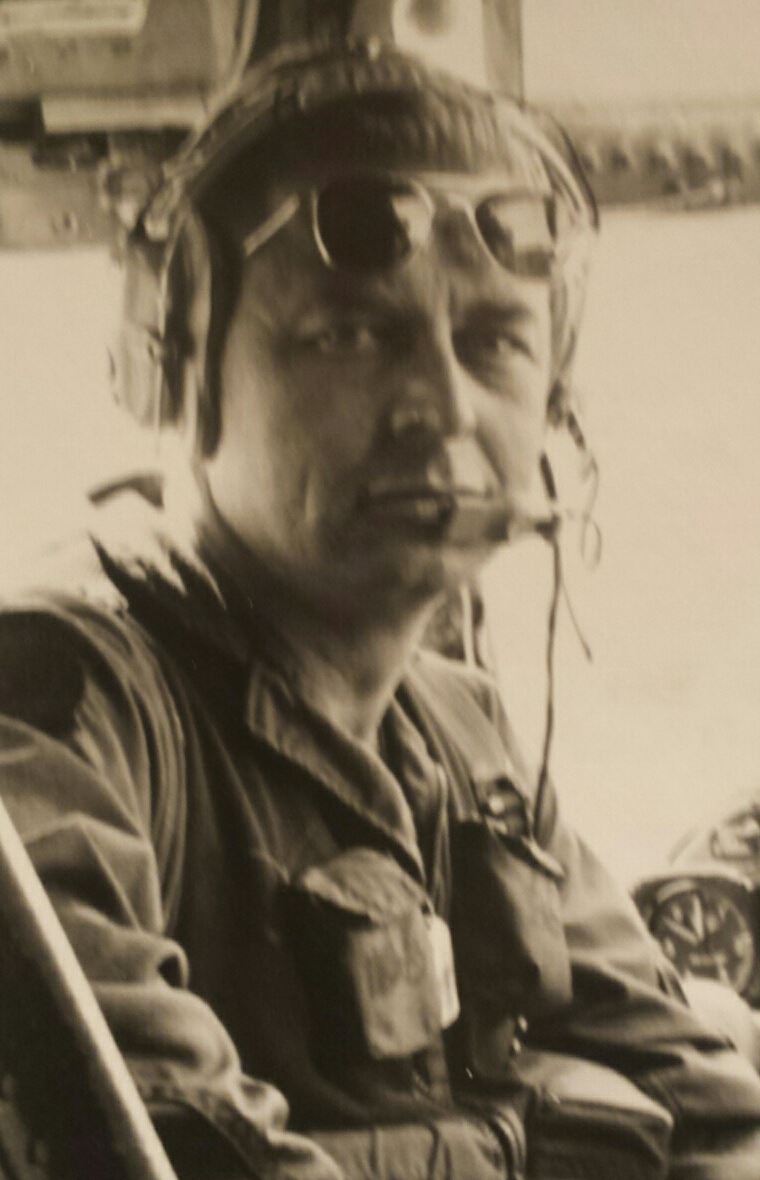 My name is Ashleigh Jarvis-Flinn and I am the PROUD granddaughter of the late Major Roger J. Flanik.

I chose to help a non-profit organization called "Wreaths Across America" not only to honor my grandpa, but to honor EVERY veteran buried there, because each veteran deserves to be remembered and commemorated for the ULTIMATE sacrifice they made for our country...for you and for me.

I started this page a few years ago, not only to honor my grandpa, but to ensure that his memory will continue on through all the future generations to come.

My goal every year, is to make sure that each grave at the Dayton National Cemetery is honored with a wreath. Not just my grandpa's, but all those who deserve to be remembered.

For those of you who may not be aware, I would like tell you a little bit about the cemetery itself.

The Dayton National Cemetery was established in 1867 and as of today, there are more than 51,000 veterans buried there! Soldiers from the Civil, Spanish-American, and Indian Wars are buried there, as well as a few jazz/blues musicians, such as Joe Henderson, Joseph "Big Joe" Duskin and Johnnie Wilder, Jr. from the R&B group "Heatwave." I didn't know this, but "Private" Wilder served in the US Army, and years later helped write and perform a very popular song from the 70's, "Always and Forever."  Two professional baseball players, Tommy Henrich and Stubby Magner, are also buried at the Dayton National Cemetery.

Although this cemetery is the eternal resting place for many fallen heroes, I'm partial to one in particular; my hero, my "Grandpa Ohio."  He lived with my grandma in Dayton, which meant our visits were incredibly special, because we didn't get to see each other as often as we would have liked. His radio announcer voice, deep belly laughs and huge hugs are what I miss the most. We spent every Christmas together since the day I was born. But Grandpa was a hero LONG before I was even a thought! He was awarded 5 Air Medals for combat missions over North Vietnam during the Vietnam War. On April 2nd, 1972, he earned the Distinguish Flying Cross for successfully evading an attack from several surface-to-air missiles that were fired at his plane by the North Vietnamese. He also flew the last combat mission out of Korat Royal Thai Air Force Base in 1973.

Our lives changed forever when Grandpa went home to God on May 21, 2016. The following December, my family and I made the decision that every Christmas, we will place a wreath at Grandpa's headstone during the Wreaths Across America "Laying of the Wreaths" ceremony. We will pass this tradition down to future generations to come because we want everyone to remember what an amazing man he was. Not just an amazing man, but an amazing husband, father, grandfather, and pilot as well.

However, not every veteran there is as lucky as my Grandpa. With over 51,000 graves at the cemetery, sadly, many veterans do not receive a wreath. In many cases, it's because their families have passed on, or simply because not everyone knows about Wreaths Across America.

What touched my heart was knowing that every time a wreath is placed upon a grave, that veteran's name, at that particular gravesite, is said OUT LOUD. What a perfect way to honor and validate that they still matter to us, and will never be forgotten.

Please help me achieve my goal to honor every veteran at Dayton's National Cemetery this December 18th and 19th.  I KNOW we can do this! And please feel free to pass this along to all of your friends who may want to help in achieving this goal.

Click "Sponsor Wreaths" to sponsor a wreath and help us reach our goal of honoring every veteran at the cemetery.
pan_tool

Click here if you would like to participate in the wreath laying ceremony on Wreaths Day at the cemetery.
group_add

Click here to spread the word encourage your friends to sponsor, volunteer or keep up with our news.

“The thought of a headstone being left bare is unimaginable and it something we want to help make sure doesn’t happen.”...

Navigation systems do an adequate job finding the cemetery. When you arrive, please follow the people and signs to the site of the ceremony itself.

There is plenty of parking at this cemetery, so feel free to park in any available spot.

All sponsored wreaths in 2020 will be placed on 12/17/2020 - 12/12/19/2020 by volunteers. To join us in laying veteran wreaths, please sign up for a specific time slot by clicking the red Volunteer button. If you have special requests, please contact the volunteer Location Coordinator at daytonwreathsacrossamerica@gmail.com to make those arrangements. Our ceremony will be held offsite at Protestant Chapel Building #118. Please note, masks and gloves are required for this event.

Welcome to Dayton National Cemetery (OHDNCD) and thank you deeply for helping us with our goal to honor as many veterans as possible on Wreaths Across America Day, January 23, 2021 also December 18, 2021. Please click "View" to learn more about our effort or to volunteer to help or click "Sponsor" to purchase wreaths that will be laid on the graves of our fallen heroes by our loyal volunteers....